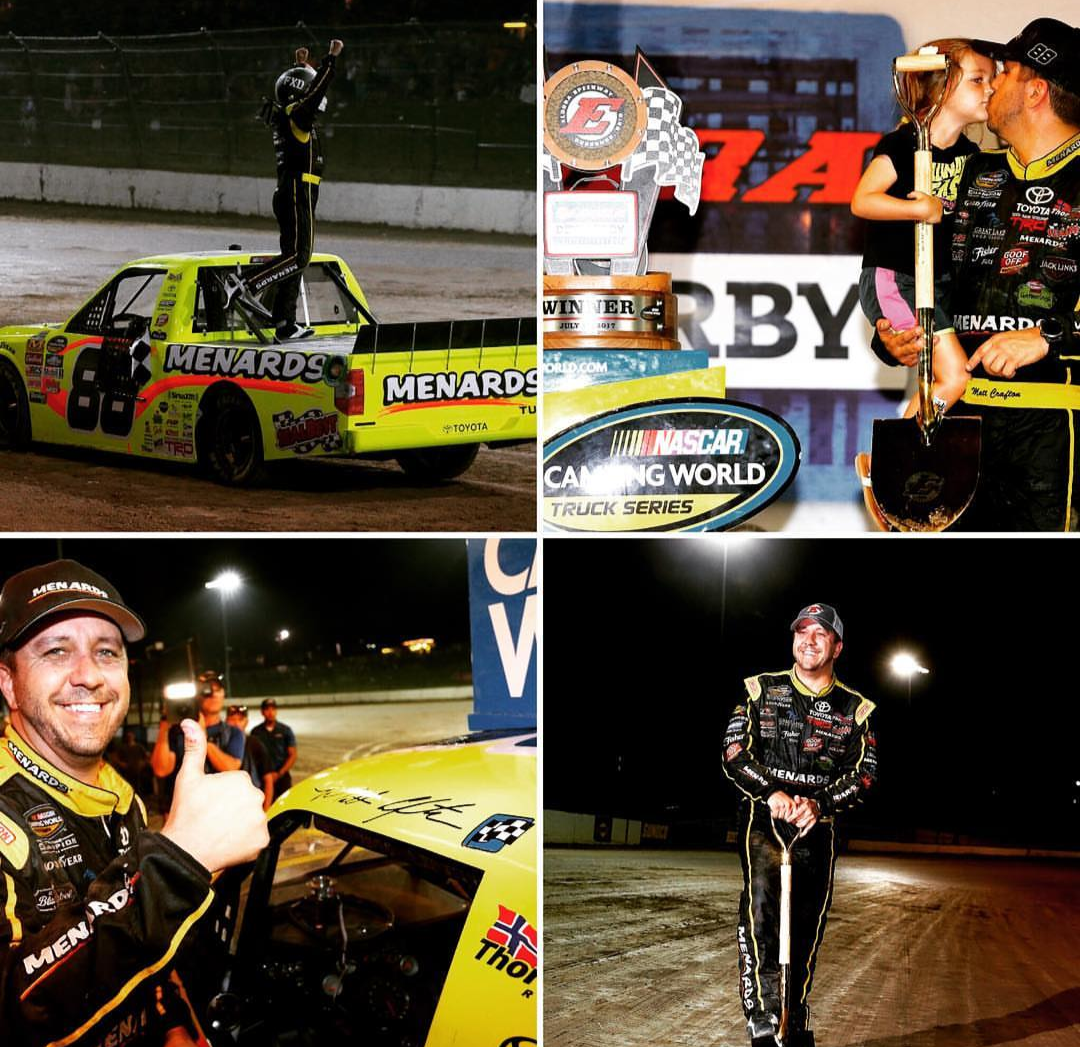 My family is involved in several different industries, with one of them being racing! ThorSport Racing, our family’s race team, fields four teams in the Nascar Camping World Truck Series. This past weekend, the Eldora Dirt Derby was on the schedule in Ohio. The series competes at different tracks throughout North America from February to November, with this event being on dirt! Matt Crafton, the driver of the #88 Menards Toyota truck, brought home the win! This win punched a ticket for him into the series playoffs at the end of the season!! An exciting moment for the team! Our other 3 drivers came out with strong finishes as well! Congratulations to Matt for bringing home the “W!”